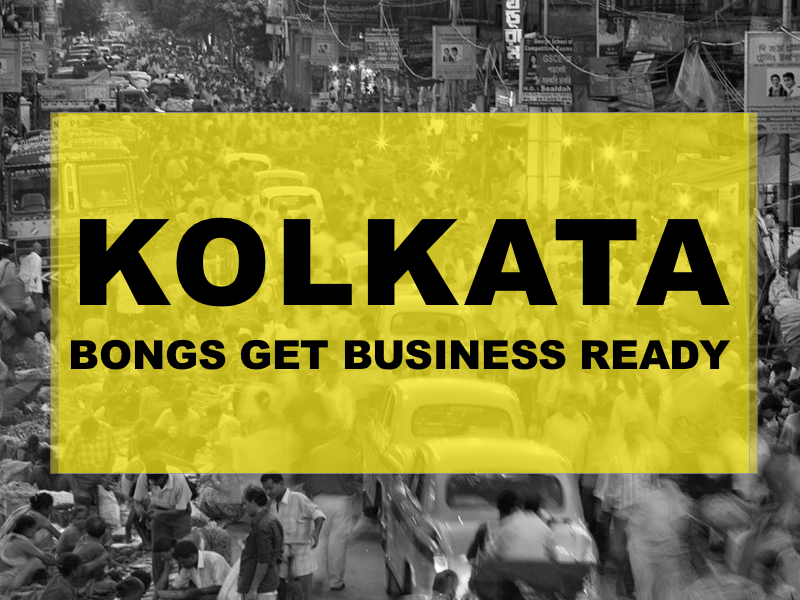 Kolkata - Startup Ecosystem Is Pitching Up

By Manoj In Start Up

Kolkata, the city of fusion of culture and cosmopolitanism is traditionally known for the pompous durgo pujo celebrations, the Bengali Rasogolla and the quintessential maach (especially the hilsa fish). The sociopolitical history of the state has influenced the industrial growth trajectory of the state far beyond the impact of IT revolution in other parts of the country. However, with the tide of time, Kolkata and the state of west Bengal is embracing pro-industrial and market friendly strategies to pick up the pace of growth in non-agricultural sectors.  Although, India is the third largest base for startups in the world (According to 2017 edition of Nasscom report on Startups in India), the ease of doing business for the startups vary from state to state. Together, Bangalore and New Delhi is home to 52% of the startups in the country.
Kolkata despite being the third most populous metropolitan in the country lags behind the other metropolitan and several Tier-I cities in startup friendliness. Yet, the city has nurtured some of the most promising startups in key sectors such as education, health, finance, and e-commerce and food tech. The momo chain “wow momo” is the biggest startup story of Kolkata in recent times. Founded in 2007 by two college friends Sagar Daryani and Binod Kumar Homagai with a borrowed capital of Rs.30000 , the company is now valued at Rs.100 crore. TaxMantra, Rupeevest in finance sector, Mihup’s Nectar, SIBIA Analytics, Onengage in B2B segment, Mindhour, Eazycoach, Beatest, Zeroinfy in the education sector, HappyDNA, Ikure, Surgerica, Tiyo and Sastasundar in the field of health and medicine, Fashionove, BuyHatke, Tailorkraft, justshop24, Fleetferry Logistics,Homegennie, Packr and Paaltao, Outbox in e-commerce are some of the  booming startups in the city.

The start up ecosystem of a state is shaped by several factors emanating at the individual level of the to-be-entrepreneurs including their risk taking ability to institutional support and investor friendly environment offered by the state.  it would not suffice if  the individuals  have the entrepreneurial spirit  but the state also ought to create and nurture the spirit of entrepreneurship blossom to profitable business activity. It is widely acknowledged that start-ups need incubators, accelerators, angel investors and venture capital funds for a basic business plan to transform as a socially benefiting and economically rewarding Activity.
While the state has been ranked ninth on the entrepreneurial readiness index (as per the study conducted by the Entrepreneurship development institute of India) it is also the home to largest number of unemployed adults in the country. Promoting the spirit of entrepreneurship among the youth is key to pivot the sustainable growth of the state and Kolkata is already pioneering the startup landscape of the state and the next few years would be the testing time to see whether Kolkata will be able to compete and partake Bangalore and Delhi in the startup landscape and live up to its credentials as the city of Joy for the entrepreneurs as well.

Need additional information or have a question or comment? Please feel free to leave a message, and we'll get back to you as soon as possible.